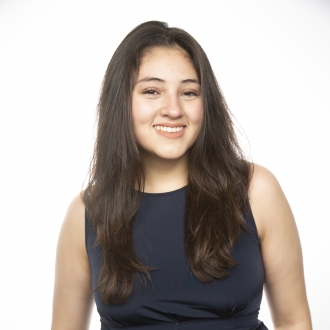 Hi there! My name is Karla Palos, and I am a data scientist. I was born in Mexico and moved to a small, low-income community in East Los Angeles when I was 10 years old. Moving to Berkeley, I struggled to find the major and career path that was right for me. However, data science became the place where I could marry my two majors, applied mathematics and political economy, and my two passions, numbers, and social justice, into one. Given that our world is becoming increasingly digitized and that data is being collected every day, I believe that we have a responsibility to educate ourselves and others about how data models are being constructed and used and who is getting affected (positively and negatively) by them. I constantly seek new ways to empower others, particularly individuals who do not see themselves as data scientists or members of marginalized and underserved communities, to become part of the conversation to shape what the field of data science is to become. Together, we can learn from each other and pave the way for data justice by democratizing and enabling access to technology. I am an active and proud member of Cal NERDS where I have been able to participate in NSF CAMP, Python workshops, STEMinist, and now as a student director. I have also collaborated with the Division of Data Science as a former Discovery Research Scholar, Data Science Educational Program (DSEP) module developer and team lead, and Berkeley Unboxing Data Science (BUDS) co-coordinator and instructor. Outside of campus, you can find me reading, jogging, e-learning watching movies, or cooking.

Navigating through college without a sense of belonging is not only exhausting but extremely difficult; luckily, I was able to find a place where I could truly feel at home. From day one, Cal NERDS welcomed me and provided me with the right support system to thrive not only academically, but also personally. In 2017, I attended the STEMinist boot camp. This was the first time in my college career where I felt validated, encouraged, and supported to find and continue a career in STEM. In fact, it was after I completed this boot camp that I was able to land an internship at ServiceNow with a fellow STEMinist mentor. Later that year, I was honored with the opportunity to become an NSF CAMP/LSAMP Scholar, where I have been granted research opportunities, conference sponsorship, but more importantly, I was afforded the resources to begin mapping out what graduate school could look like for me. Further, I have been able to connect and learn from countless students, faculty, and staff through conferences, professional development workshops, STEMinist panels, and more! Now, as a Student Director, I continue to grow personally and professionally with each project that I work on.